MORE HISTORY OF AFFIRMATIVE ACTION POLICIES FROM THE 1960s

1964. Civil Rights Act of 1964 was signed into law. This was landmark legislation prohibiting employment discrimination by large employers (over 15 employees), whether or not they have government contracts. Established the Equal Employment Opportunity Commission (EEOC).

1965. President Lyndon B. Johnson issued E.O. 11246, requiring all government contractors and subcontractors to take affirmative action to expand job opportunities for minorities. Established Office of Federal Contract Compliance (OFCC) in the Department of Labor to administer the order.

1978. The U.S. Supreme Court in Regents of the University of California v. Bakke, 438 U.S. 912 (1978) upheld the use of race as one factor in choosing among qualified applicants for admission. At the same time, it also ruled unlawful the University Medical School's practice of reserving 18 seats in each entering class of 100 for disadvantaged minority students.

1979. The Supreme Court ruled in United Steel Workers of America, AFL-CIO v. Weber, 444 U.S. 889 (1979) that race-conscious affirmative action efforts designed to eliminate a conspicuous racial imbalance in an employer's workforce resulting from past discrimination are permissible if they are temporary and do not violate the rights of white employees.

1986. The Supreme Court in Local 128 of the Sheet Metal Workers' International Association v. EEOC, 478 U.S. 421 (1986) upheld a judicially-ordered 29% minority "membership admission goal" for a union that had intentionally discriminated against minorities, confirming that courts may order race- conscious relief to correct and prevent future discrimination.

1987. The Supreme Court ruled in Johnson v. Transportation Agency, Santa Clara County, California, 480 U.S. 616 (1987) that a severe under representation of women and minorities justified the use of race or sex as "one factor" in choosing among qualified candidates.

1989. The Supreme Court in City of Richmond v. J.A. Croson Co., 488 U.S. 469 (1989) struck down Richmond's minority contracting program as unconstitutional, requiring that a state or local affirmative action program be supported by a "compelling interest" and be narrowly tailored to ensure that the program furthers that interest.

1995. The bipartisan Glass Ceiling Commission released a report on the endurance of barriers that deny women and minorities access to decision-making positions and issued a recommendation "that corporate America use affirmative action as a tool ensuring that all qualified individuals have equal access and opportunity to compete based on ability and merit."

1996. California's Proposition 209 passed by a narrow margin in the November election. Prop. 209 abolished all public-sector affirmative action programs in the state in employment, education and contracting. Clause (C) of Prop. 209 permits gender discrimination that is "reasonably necessary" to the "normal operation" of public education, employment and contracting.

1996. In Texas v. Hopwood, 518 U.S. 1033 (1996) the U.S. Court of Appeals for the Fifth Circuit ruled against the University of Texas, deciding that its law school's policy of considering race in the admissions process was a violation of the Constitution's equal-protection guarantee. The U.S. Supreme Court declined to hear an appeal of the ruling because the program at issue was no longer in use.

1997. Voters in Houston supported affirmative action programs in city contracting and hiring by rejecting an initiative that would banish such efforts. Houston proved that the wording on an initiative is a critical factor in influencing the voters' response. Instead of deceptively focusing attention on "preferential treatment,” voters were asked directly if they wanted to "end affirmative action programs.” They said no.

1997. The U.S. Supreme Court refused to hear a challenge to California's Prop. 209. By declining to review the case, the court did not decide the case on its merits but allowed Prop. 209 to go into effect.

1997. The U.S. House Judiciary Committee voted 17-9, on a bipartisan basis, to defeat legislation aimed at dismantling federal affirmative action programs for women and minorities. Representative George Gekas (R-Pa.), who moved to table the bill, said that the bill was "useless and counterproductive. I fear that forcing the issue at this time could jeopardize the daily progress being made in ensuring equality."

1997. Bill Lann Lee was appointed Acting Assistant Attorney General for Civil Rights after facing opposition to his confirmation because of his support for affirmative action when he worked for the NAACP Legal Defense and Educational Fund.

1997. In response to Hopwood, the Texas legislature passed the Texas Ten Percent Plan, which ensures that the top ten percent of students at all high schools in Texas have guaranteed admission to the University of Texas and Texas A&M system, including the two flagships, UT – Austin and A&M College Station.

1998. Both the United States House of Representatives and the United States Senate thwarted attempts to eliminate specific affirmative action programs. Both houses rejected amendments to abolish the Disadvantaged Business Enterprise program funded through the Transportation Bill, and the House rejected an attempt to eliminate use of affirmative action in admissions in higher education programs funded through the Higher Education Act.

1998. Ban on use of affirmative action in admissions at the University of California went into effect. UC Berkeley had a 61% drop in admissions of African American, Latino/a and Native American students, and UCLA had a 36% decline.

2000. The Florida legislature passed “One Florida” Plan, banning affirmative action. The program also included the Talented 20% Plan that guarantees the top 20% admission to the University of Florida system.

2000. In an effort to promote equal pay, the US Department of Labor promulgated new affirmative action regulations including an Equal Opportunity Survey, which requires federal contractors to report hiring, termination, promotions and compensation data by minority status and gender. This is the first time in history that employers have been required to report information regarding compensation by gender and minority status to the federal equal employment agencies.

2000. The 10th Circuit issued an opinion in Adarand Constructors v. Mineta, 228 F.3d 1147 (10th Cir. 2000) and ruled that the Disadvantaged Business Enterprise as administered by the Department of Transportation was constitutional because it served a compelling government interest and was narrowly tailored to achieve that interest. The court also analyzed the constitutionality of the program in use when Adarand first filed suit in 1989 and determined that the previous program was unconstitutional. Adarand then petitioned the Supreme Court for a writ of certiorari.

2002. The Sixth Circuit handed down its decision in Grutter v. Bollinger, 288 F.3d 732 (6th Cir. 2002) on May 14, 2002, and upheld as constitutional the use of race as one of many factors in making admissions decisions at the University of Michigan’s Law School.

2003. The Supreme Court handed down its decisions in Grutter v. Bollinger, 539 U.S. (2003) and Gratz v. Bollinger, 539 U.S. (2003). In Grutter, the Court held that the University of Michigan’s use of race among other factors in its law school admissions program was constitutional because the program furthered a compelling interest in obtaining “an educational benefit that flows from student body diversity”. The Court also found that the law school’s program was narrowly tailored; it was flexible, and provided for a “holistic” review of each applicant. In Gratz, the Court rejected the undergraduate admissions program at the College of Literature, Science and the Arts, which granted points based on race and ethnicity and did not provide for a review of each applicant’s entire file.
http://www.inmotionmagazine.com/aahist.html 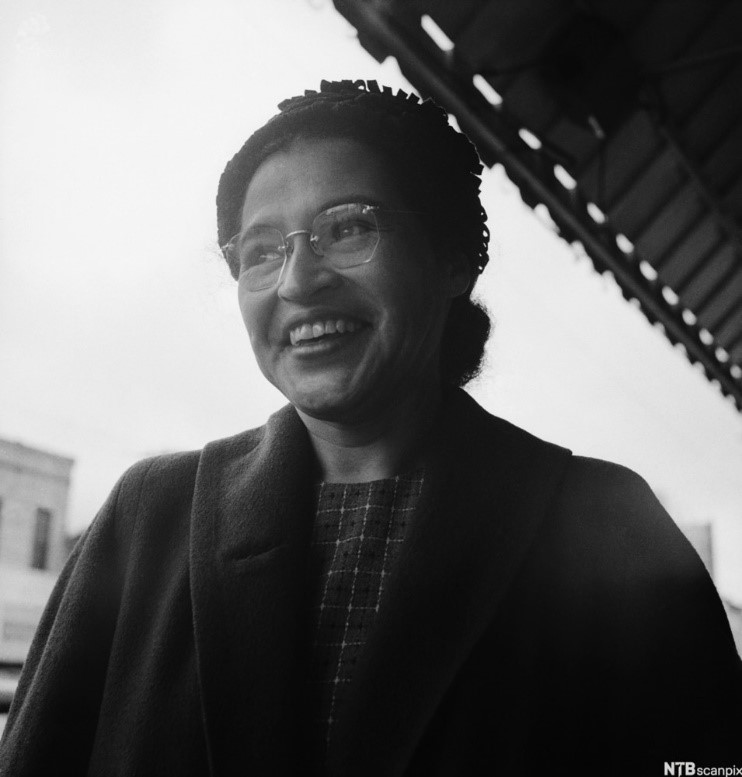 1963:  Publication of Betty Friedan’s The Feminine Mystique and the feminist movement begins. 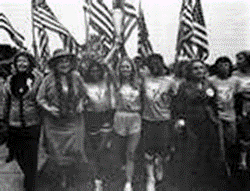 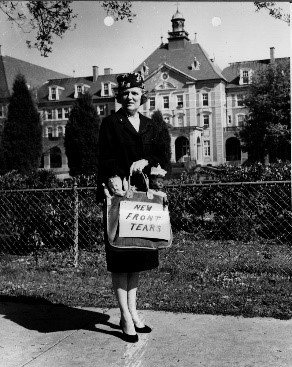 1964:  President Lyndon B. Johnson signs The Civil Rights Act of 1964.
1966:  EEOC promulgates regulations that require employers with at least 100 employees or government contractors with 50 employees to fill out the EEO-1 Private Sector Report annually. This report is a snapshot of how many racial and ethnic minorities and women are working in a company. 29 C.F.R § 1602.7.
1969:  The Stonewall Riots galvanize the gay rights movement in the U.S.
1973:  President Richard M. Nixon signs the Rehabilitation Act of 1973, which requires agencies to submit an affirmative action plan to the EEOC for the hiring, placement, and advancement of individuals with disabilities. 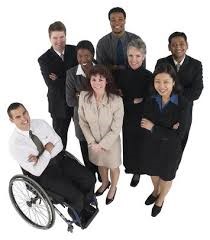 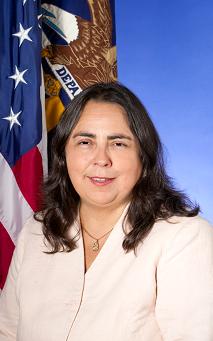