FACTS ABOUT AAAED
The American Association for Access, Equity and Diversity (AAAED) is the association of professionals managing affirmative action, equal opportunity, diversity and other human resources programs. Founded in 1974 as the American Association for Affirmation Action (AAAA), AAAED is a national not-for-profit association of professionals working in the areas of affirmative action, equal opportunity, and diversity.

AAAED has 40 years of leadership in providing professional training to members, enabling them to be more successful and productive in their careers. It also promotes understanding and advocacy of affirmative action and other equal opportunity and related compliance laws and regulations to enhance the diversity tenets of access, inclusion and equality in employment, economic and educational opportunities.

AAAED is a professional development, advocacy and educational organization. It provides classroom and onsite training through the Professional Development and Training Institute and Internet-based training through its webinar program. AAAED confers the Certified Affirmative Action Professional (CAAP) and Senior Certified Affirmative Action Professional (Sr. CAAP) credentials. AAAED members have represented the association on television, radio and the Internet and in print media. AAAED has an annual meeting as well as events sponsored by its nine regions.

•Founded: 1974 as the American Association for Affirmative Action

•Slogan: “Access, Equity and Diversity” was added to the association’s title in June, 2014. 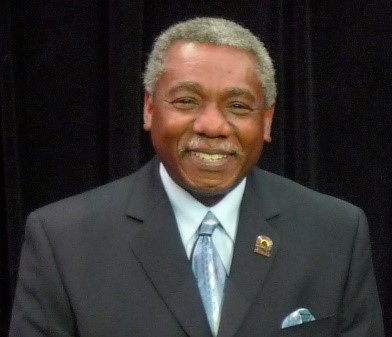 Marshall Rose, M.S.W., has held senior responsibility for monitoring diversity and AA/EEO compliance at Bowling Green State University and Central Michigan University. He retired from BGSU in January 2011. He remains active in AAAED, serving on the board and as Region V Director.  He is also on the board of United for Equality and Affirmative Action Legal Defense Fund (UEAA-LDF).In June 2014 he was sworn in as President of AAAA, now AAAED.

Marshall has received a number of honors in recognition of his community and professional contributions. They include: Volunteer of the year from the Toledo chapter of the Association of Fund Raising Professionals, Impact Newsmaker Award from the Northwest Ohio Black Media Association, 2010 Rev. Fred L. Shuttlesworth Humanitarian Award from the State-of-the-State Conference, 2011 Drum Major for Peace Award from the Human Relations Commission of Bowling Green, Ohio, and the 2012 President's Award from the American Association for Affirmative Action.

Marshall holds a Bachelor of Arts degree in social work from Oklahoma Christian University in Oklahoma City, Oklahoma, and a Master of Social Work degree from Washington University in St. Louis, Missouri. 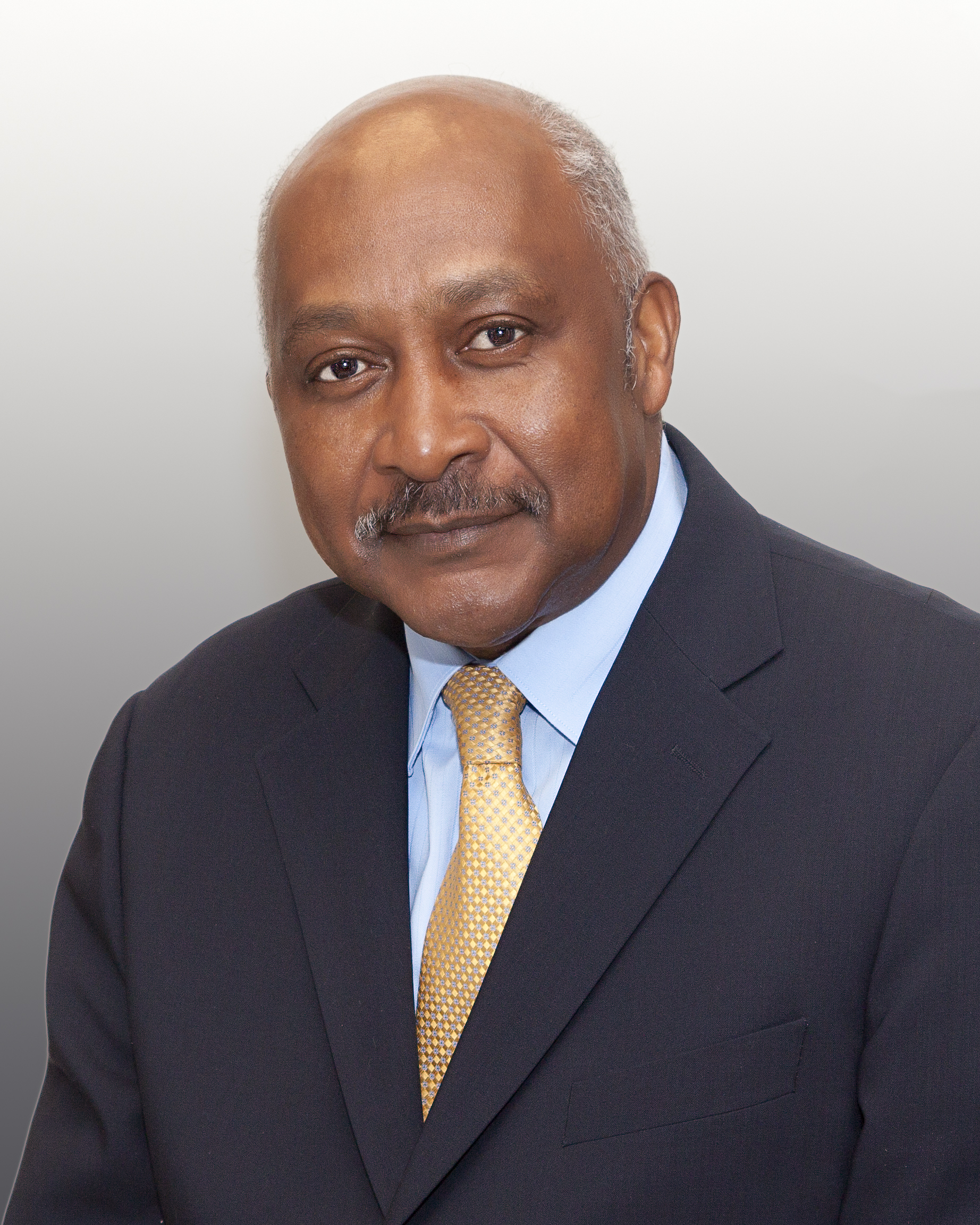 Gregory T. Chambers was elected president of AAAA (now AAAED) in 2010 and re-elected president in 2012. He was the EEO/AA Manager for the State of Delaware for 24 years. Gregory retired from his State of Delaware EEO position after being offered an EEO Manager position with the Delaware River and Bay Authority (DRBA). The Delaware River & Bay Authority (DRBA) was created by Compact in 1962. It is charged with providing vital transportation links between the two states as well as economic development in Delaware and the four southern counties of New Jersey. The DRBA Executive Director selected Gregory to use his proven skills and abilities to address the organization’s pressing EEO/AA needs and concerns. He has worked for DRBA since 2009.

He has been in public service for 39 years, having spent 13 of those years in a variety of capacities with the City of Wilmington, most notably director of community affairs in the Office of the Mayor. Gregory is a graduate of Wilmington University with a Bachelor’s of Arts Degree in Behavioral Science. He is a Certified Conflict Partnership Catalyst (CPC) trained in facilitating resolution to differences and preserving relationships at work and in the community. Gregory is a 24-year member of the American Association for Affirmative Action serving as state coordinator, regional director and president. He founded and formerly chaired the Delaware Work Force Diversity Group (DWFDG). Established in 1989, DWFDG is a mechanism for networking and sharing information on equal employment opportunity, affirmative action, and diversity in the workplace for public and private sector employers. In November 2011, he received the NAACP’s Lifetime Award for Affirmative Action and Diversity Work. 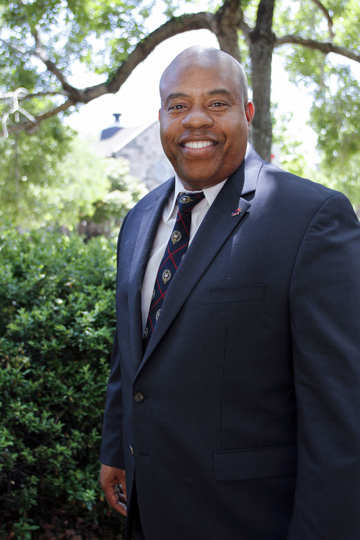 Dr. Myron Anderson serves Metropolitan State University of Denver as the associate to the president for diversity. A member of the president’s cabinet, Anderson is the University’s chief diversity officer responsible for articulating and resolving current and future issues related to diversity. He is responsible for investigating complaints and mediating fair settlements between aggrieved faculty, staff and students throughout the institution. In addition, Anderson identifies campus climate trends that may assist in developing strategies to pro-actively promote “inclusive excellence.”
Since he assumed his position in 2007, MSU Denver has seen its enrollment of students of color increase by more than a third, making up 28 percent of the student body in fall 2010.

Dr. Anderson has worked in higher education for more than 20 years, in both administrative and academic positions. He also carries the rank of associate professor of education technology. Prior to his current position, he was the associate chair of the teacher education department at Metro State (now MSU Denver), and a faculty member and administrator at Virginia Polytechnic Institute and State University (Virginia Tech). His areas of expertise are instructional technology, distance education and inclusive excellence.

He is the past co-advisor of the Student National Education Association Scholarship Committee and has been involved in national workshops to discuss and develop strategies and solve problems around diversity. He currently serves as a board member for the national organization, the American Association for Access, Equity and Diversity as First Vice President.  Anderson earned a Ph.D. in instructional technology from Virginia Tech. 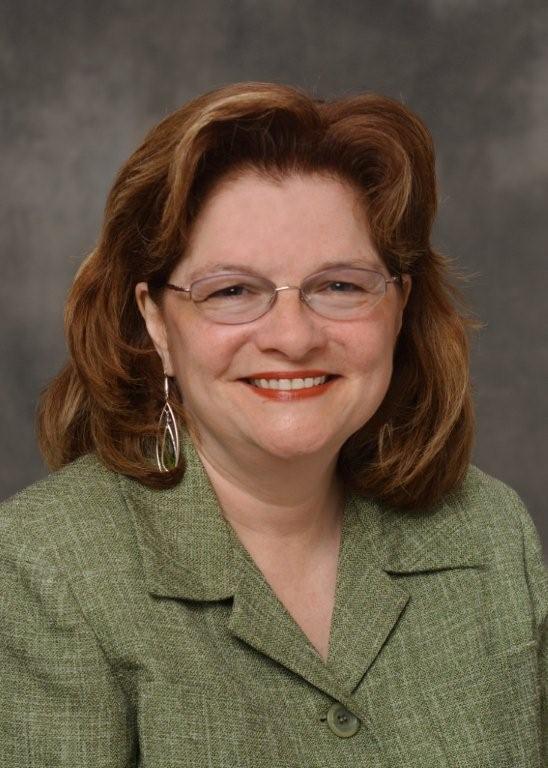 Immediately after his graduation, Mr. Sparlin became associated with the Washington, D.C. office of Gibson, Dunn & Crutcher LLP, a leading national law firm, where he practiced law for 17 years. Drawing upon his experience, education, and aptitude in mathematics, Mr. Sparlin honed his expertise in the application of statistics and quantitative analysis in the field of employment law. In addition to acting as an affirmative action consultant for numerous clients, he analyzed salary structures, the race and gender impacts of proposed reductions in force, and patterns of alleged discrimination on the basis of race, gender, age, and disability in connection with litigated matters.

Mr. Sparlin also applied his quantitative expertise in other labor-related fields. For example, during a lawsuit seeking alleged unpaid overtime wages for a class of several thousand employees, Mr. Sparlin developed a computerized algorithm designed to isolate individual claims that were likely to be inaccurate or overstated. The algorithm was successfully applied in mediation to limit the client's total damages. Mr. Sparlin also prepared a comprehensive critique of the economic analysis supporting the Department of Labor's proposed ergonomics standard. This 206-page critique became part of formal submission by industry interests challenging the standard, which later was rescinded by a majority vote of Congress.

In 2003, Mr. Sparlin left Gibson, Dunn & Crutcher LLP to establish an independent practice, offering his services as a lawyer and affirmative action consultant. This move also facilitated an opportunity to formalize and expand his qualifications as an affirmative action consultant through graduate study in statistics at George Mason University. Mr. Sparlin completed his M.S. in Statistical Science at George Mason in 2006.

Mr. Sparlin has spoken before numerous groups on labor-related issues, including the American Bar Association, American Association for Affirmative Action, the Industrial Relations Research Association, the National Association of Manufacturers, and the Aerospace Industries Association. He appeared on the syndicated television series, “It's Your Business”, as an expert on the application of federal employment laws to the United States Congress. His writings have appeared in several publications including the Wall Street Journal and the National Law Journal. He also coauthored an analysis of ergonomics regulation for the March 2003 edition of Seminars in Spine Surgery, published by Elsevier Science.  In 2012, Mr. Sparlin co-authored the AAAA amicus curiae brief in support of the University of Texas in the Supreme Court case of Fisher v. University of Texas at Austin. 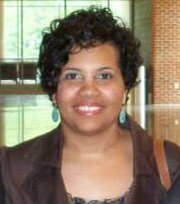 Sharron Gatling, M.A. Ed., is Assistant Director of Equal Opportunity, Office of Diversity and Equal Opportunity, the College of William & Mary in Williamsburg, VA.  Although she has been at the college for almost 13 years, her role shifted from educating parents and teachers on gifted education to educating faculty and staff on equal opportunity and affirmative action. She now monitors faculty and administrative recruitment for the College as well as areas in which affirmative action goals have been established. She conducts search committee meetings/training on best practices in recruitment, brings about awareness of implicit biases in the recruitment process, and ensures compliance with federal/state equal opportunity law. When issues are found in regard to recruitment and employment practices, she works with management to correct problem areas and propose procedures to remove barriers to achieving affirmative action goals. In addition to search committee training, she conducts training on preventing discrimination, harassment (sexual harassment), and retaliation in the workplace. She interprets federal and state laws to meet compliance mandates, oversees EEO reporting, responds to Federal audits and prepares the college’s Affirmative Action Plan. Sharron also reviews reasonable accommodation requests.

Sharron has earned her CAAP certification (Certified Affirmative Action Professional) and has a Master’s degree in education. Her degree with a specialization in teaching has proved to be beneficial in developing training programs and doing presentations for various stakeholders.

She continues to be involved in the college’s governance by serving (past and/or present) as President and Vice-President of the Professionals and Professional Faculty Assembly, Co-Chair of The Forum (Black Faculty and Staff Forum) and Co-Chair of the Equal Opportunity Committee -- all influencing policy and practices at the college. Nationally, she has recently been elected to the Executive Board for the American Association for Access, Equity and Diversity (formerly the American Association for Affirmative Action).

Association’s Board of Directors reflects a wealth of experience in equal opportunity, diversity and affirmative action in higher education, government, private industry and law.

Washington, D.C. – July 7, 2014 - The American Association for Access, Equity and Diversity (AAAED), an association of equal employment opportunity (EEO), diversity and affirmative action professionals, announced the results of its recent election for the leadership whose terms began July 1, 2014 and end in 2016.

"We are delighted to have such outstanding leaders take the helm of this organization in the years to come," said AAAED President Marshall Rose.  Founded in 1974 as the American Association for Affirmative Action (AAAA), AAAED is a national not-for-profit association of professionals working in the areas of compliance and diversity.   AAAED has 40 years of leadership in providing professional training to members, enabling them to be more successful and productive in their careers. It also promotes understanding and advocacy of affirmative action and other equal opportunity and related compliance laws and regulations to enhance the diversity tenets of access, inclusion and equality in employment, economic and educational opportunities.

For President, the association’s membership elected Marshall Rose of Toledo, Ohio.  Mr. Rose was a regional director of the association.  His region covered states in the Mid-West, including Ohio, Indiana, Illinois and Wisconsin.  AAAED's new First Vice President, Myron Anderson, Ph.D., is the Associate to the President for Diversity and Assistant Professor, Education Technology at Metropolitan State University of Denver.  The Immediate Past President of the association is Gregory T. Chambers, EEO/AA and Diversity Manager, Delaware River and Bay Authority.  The AAAED Second Vice President is Carmen Suarez, Ph.D., who works for the University of Idaho, Moscow, ID, as the Chief Diversity Officer and Associate Vice Provost for Student Affairs . The AAAED Treasurer is Dean Sparlin, Esq., of Sparlin Law Office in Fairfax, VA, and the new AAAED Board Secretary is Sharron Gatling, Assistant Director of Equal Opportunity, Office of Diversity and Equal Opportunity, The College of William & Mary.

For more information, go to www.aaaed.org.